October 12, 2011
Calling all Star Wars™ fans! Now you can take the Star Wars adventures to new heights by bringing home STAR WARS THE COMPLETE SAGA on Blu-ray Disc now!! Relive the unforgettable moments and experience the spectacular adventure of STAR WARS The Complete Saga in a way only Blu-ray can deliver.

This incredible collection unites all six Episodes together for the first time in stunning high definition with the purest digital sound in the galaxy. With over 40 hours of thrilling special features, including all-new content created exclusively for this release, you can journey deeper into the Star Wars universe and discover more than ever before. Feel the Force of STAR WARS The Complete Saga on Blu-ray. 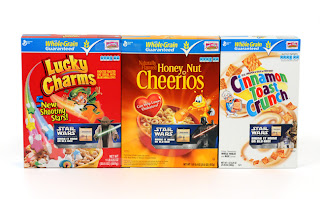 In honor of the release, select General Mills Big G cereals have a limited edition Star Wars good versus evil image on their packaging, which when combined creates a full panoramic poster. 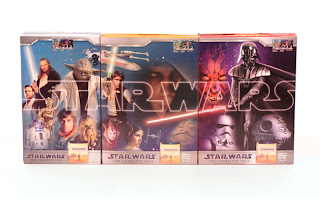 Now for the great news, One lucky reader will win:
One box of each of the following cereals to form their own Star Wars panoramic poster:
Honey Nut Cheerios

Cinnamon Toast Crunch
Lucky Charms
$25 Walmart gift card
AWESOME!!
To enter be a follower of One Crazy Cookie and tell me which Star Wars character is your favorite!!

Winner will be drawn by random number generator on October 20. 2011.
May the force be with you!!

Disclosure: The cereal, gift card, information, and giveaway have been provided by General Mills through MyBlogSpark. All opnions are my own.